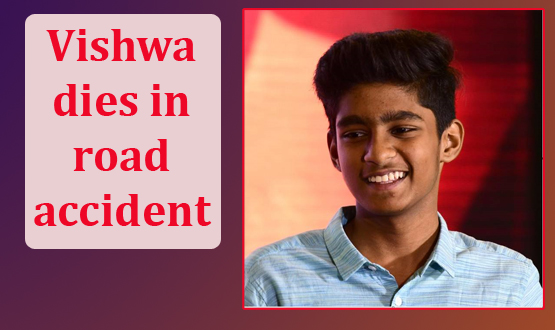 Shillong, April 17: Fate snatched away the life of Vishwa Deenadayalan of Tamil Nadu in a road accident here today. The 18-year-old was travelling along with three other teammates by taxi from Guwahati to Shillong for the 83rd Senior National and Inter-State Table Tennis Championships, beginning here tomorrow.

A 12-wheel trailer, coming from the opposite direction, ploughed through the road divider and hit the taxi at Shangbangla, just after the Umliy check post, and plunged into the gorge. The taxi driver died on the spot, and Vishwa before reaching the Nongpoh Civil Hospital. The doctors declared him brought dead. Ramesh Santosh Kumar, Abinash Prasannaji Srinivasan and Kishore Kumar, who travelled with Vishwa, suffered severe injuries.

The organisers of the championships, with the Meghalaya government’s help, rushed them to the North Eastern Indira Gandhi Regional Institute of Health and Medical Sciences (NEIGRIHMS) in Shillong for critical care. The team of doctors attending to them said the boys were stable. Competition manager N. Ganeshan also visited the three boys at the Institute.

The father of Vishwa and a couple of family members will be arriving in Guwahati tonight and Vishwa’s embalmed body will be flown to Chennai tomorrow morning. The officials of the Meghalaya Table Tennis Association and that of the Ribhoi district administration at Nongpoh will oversee the completion of all the formalities and receive the bereaved family members at the airport.

Justice Gita Mittal, the chairperson of the Committee of Administrators (CoA), condoled the unfortunate death of Vishwa and also spoke to Kishore Kumar, wishing him and other players a speedy recovery. S.D. Mudgil, the other member of the CoA, also spoke to a higher-ranked police official of Assam for a hassle-free clearance at the airport tomorrow morning.

Vishwa, a promising player with several national ranking titles and international medals to his credit, was to represent India at the WTT Youth Contender at Linz, Austria, from April 27. Vishwa, a product of Krishnaswamy TT Club in Anna Nagar, was trained by Ramnath Prasad and Jai Prabhu Ram had come in for praise from none other than Sharath Kamal. The ace paddler rated him as a highly-talented boy with a lot of promise.

Vishwa’s rise to stardom was also steady. His transition from Cadet to Sub-Junior to Junior section was an eye-opener for any teenager aspiring to make it big. He had won the Cadet and Sub-Junior National titles also. The B.Com student of Loyola College won the Under-19 Boys title during the Dehra Dun National Ranking Tournament this January.