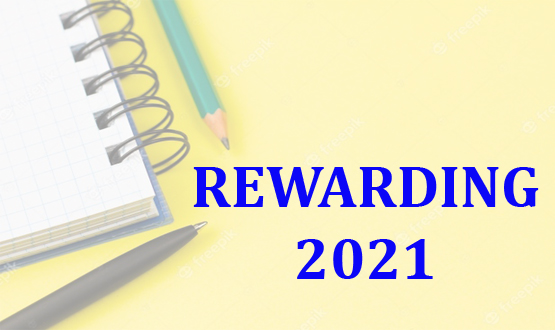 If 2020 was a year of inaction for most sportspersons because of the pandemic, 2021 became a significant year for them. The vaccination programme brought much-needed reassurance and relief to all stakeholders, and sports could restart. More importantly, the July-August Olympics in Tokyo, despite so many uncertainties, could be completed hassle-free. Though Euro 2020 and Wimbledon had just ignited the initial hopes, the Olympics paved the way for all others to follow suit.

But one can’t forget the bio-bubble events before them, including the Olympic qualifiers across disciplines. And, for table tennis, the Doha Asian Qualifiers proved the turning point, as two paddlers each in men and women qualified for the Tokyo Games. Though Euro 2020 and Wimbledon had just ignited the initial hopes, the Olympics paved the way for all others to follow suit.

Yet, nobody was sure how they would prepare for the Games. The paddlers, confined to home, had no worthwhile competition in sight. Nor could they travel abroad even for a short duration to train and prepare for the Games. Yet, A. Sharath Kamal and Manika Batra surpassed all expectations to enter the third round in the singles events. However, the two missed out on a possible podium finish in the mixed doubles.

Nevertheless, Sharath’s determination against World and Olympic champion Ma Long and Manika’s come-from-behind win against Ukraine’s Margaryata Pesotska in the second round stood out. In the Paralympics that followed, Bhavina Patel and Sonal Ben Patel represented India. Bhavina, competing in Class 4, won a silver medal.

Bhavina also bagged the Arjun Award for her display of courage and determination. Sathiyan’s long-time coach S. Raman deservingly got the Dronacharya Award while veteran Mouma Das bagged the Padma Shri, the only second paddler bestowed with the honour after Sharath.

India also represented at the World Championships in Houston. It was an experience for the two pairs—Manika Batra and Archana Kamath and G. Sathiyan and Manika—to remember. Both the pairs entered the women’s doubles and mixed doubles quarterfinals.

But the juniors did the unthinkable in the World Youth Championships in Portugal. India reached the podium and bagged four bronze medals, courtesy of Suhana Saini and Payas Jain. Suhana and Payas had wonderful outings in international tournaments before the Worlds. Their consistency amazingly worked wonders, enabling them to win medals, Suhana especially achieving the rare three-medal feat. Needless to reiterate that their domestic performances had been excellent, inspiring a lot of youngsters.

M. Hansini will be a special invitee of the ATTU for the Doha WTT Youth Contender in March 2022. The Tamil Nadu girl’s singles gold-winning effort at the 2021 World Hopes Challenge has fetched this reward. The promising youngster will learn a lot from the Contender event, and it is a proud moment for Indian table tennis..

TTFI also extended monetary benefits to players and coaches of several states that went without jobs during Covid-19. The lump sum to them proved very handy to tide over their difficulties..

Amidst all such positives, the Indian table tennis fraternity also went through some negativities. It lost three former players of par excellence in V. Chandrasekhar, Suhas Kulkarni and Nandini Barua Sarma, and one administrator in Haresh Sangtani. He was the Secretary of Gujarat State Table Tennis Association and a senior vice-president of TTFI. The Federation also lost the services of four of its finest international umpires, Pratap Singh Negi of Delhi, Sham Manoharan of Karnataka and Pushpendra Purashwani and Atul Tiwari, both Gwalior, in the year that went by. .

But for these unexpected turnarounds, the year that went by was rewarding overall. The coming year could be even more exciting, as we have the Commonwealth and Asian Games. Going by the tradition, a few medals in the CWG is a certainty, and in the Asian Games, it is very much in the realm of possibility.