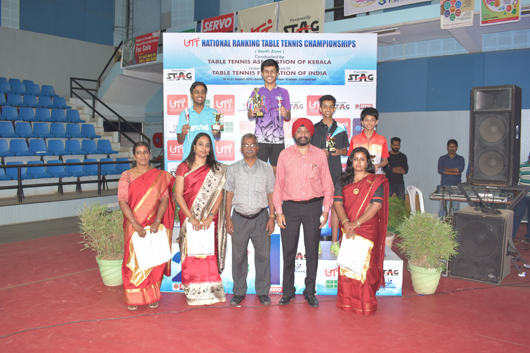 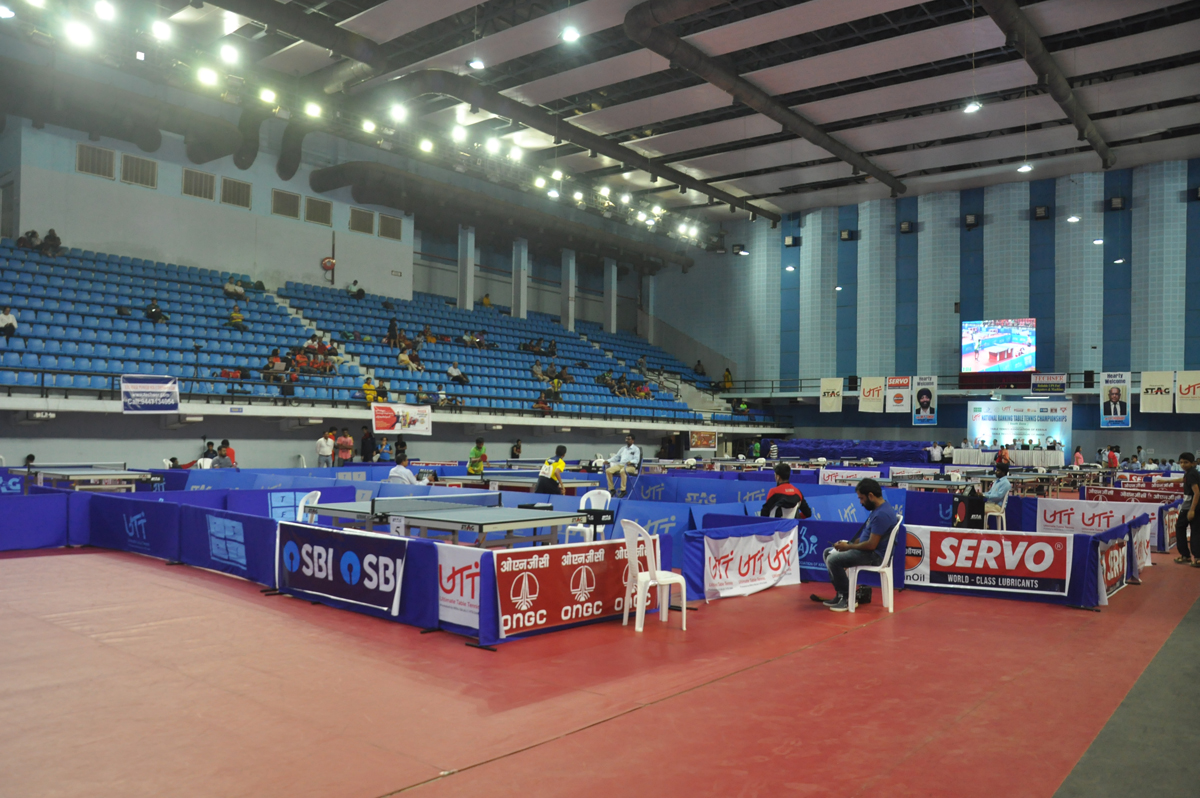 Thiruvananthapuram, August 20: Delhi’s Aadarsh Om Chetri, who is top-seeded in Sub-Junior Boys, has been guilty of often defying seeding and not making most of the opportunity. But the exception was when he outwitted Tamil Nadu’s Suresh Preysh Raj in the final of the North Zone at Sonepat to claim the title, thus earning the top slot in the national ranking with 135 points and the seeding here. 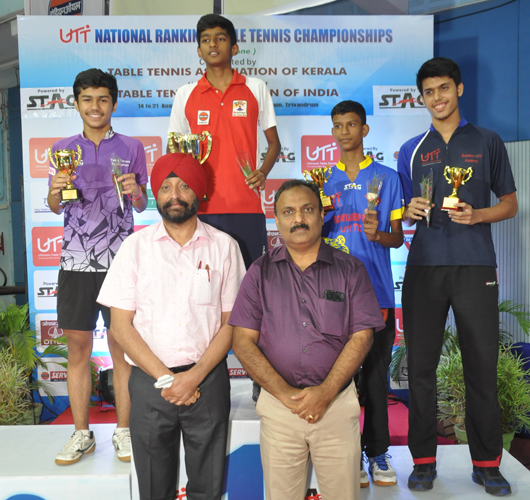 Thiruvananthapuram, August 19: Manush Shah of Gujarat, making amends for his loss in the season-opener at Sonepat, overcame the tricky Raegan Albuquerque of Maharashtra 4-3 to lift the Youth Boys trophy in the UTT National Ranking (South Zone) Table TennisChampionships at the Jimmy George Indoor Stadium h 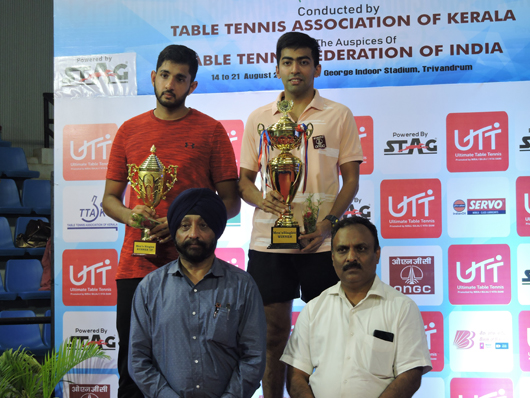 Thiruvananthapuram, August 18: It took him almost three years for a national ranking title to come his way. But the sixth-seeded Harmeet Desai emerged as the deserving winner when he beat Sushmit Sriram of Tamil Nadu 4-1 to hoist the men singles trophy in the UTT National Ranking (South Zone) Table Tennis Championships at the Jimmy George Indoor Stadium here today. 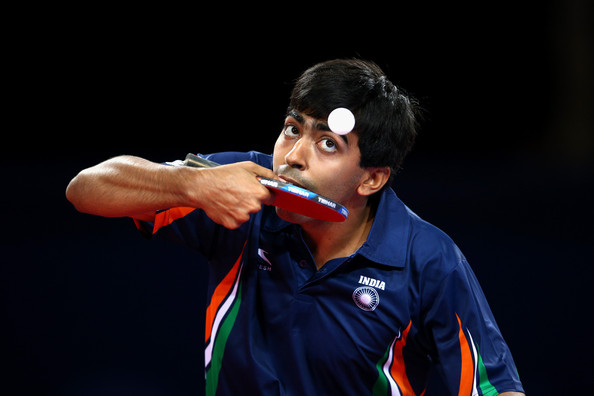 Thiruvananthapuram, August 17: Sixth-seed Harmeet Desai was in red-hot form when he disposed of PSPB mate Subhajit Saha 4-0 to storm into the semi-finals, sounding a grim warning to the rest of field, in the UTT National Ranking (South Zone) Table TennisChampionships at the Jimmy George Indoor Stadium here today. Read More....