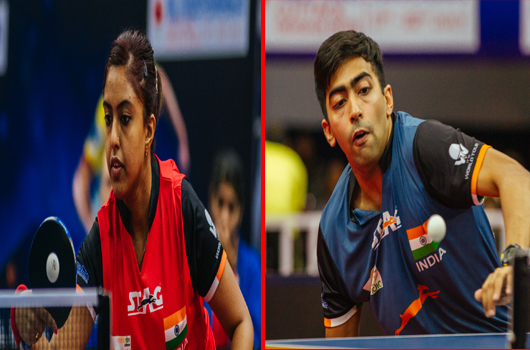 Cuttack, July 22: Indian paddlers made most of the ‘home’ advantage and grabbed all the gold medals—seven to be precise—in the 21st Commonwealth Table Tennis Championships which concluded at the Jawaharlal Nehru Indoor Stadium here today.

G. Sathiyan was expected to lead the individual medal tally but could not surmount the rampaging Harmeet Desai as he faltered when it mattered the most against the 26-year-old Desai, who brought 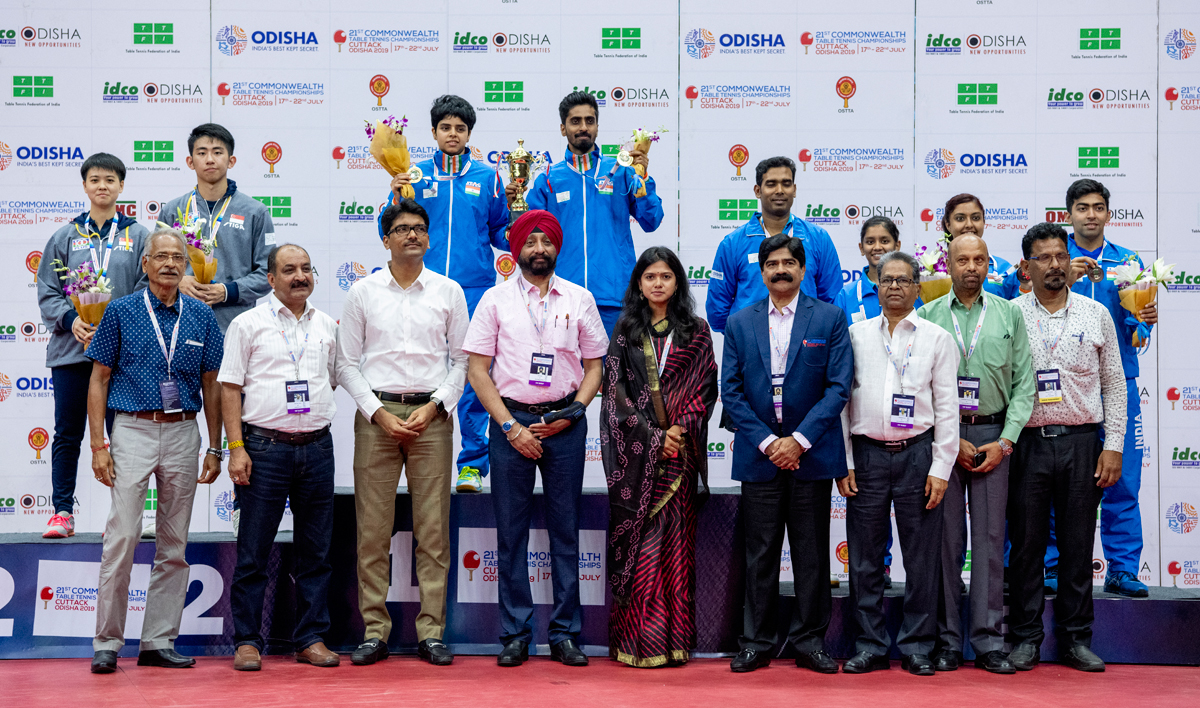 The gold count, on the penultimate day of the championships, stands at three.

This had, in a way, avenged the earlier loss by the same Si


Cuttack, July 20: Nine Indians gained entry into the main draw of the women singles from among the 16 qualifiers to join the three seeds—Archana Kamath, Ayhika Mukherjee and Madhurika Patkar—in the 21st Commonwealth Table Tennis Championships at the Jawaharlal Nehru Indoor Stadium here today.

This would mean that exactly half the number of 24 that forms part of the main draw, with eight seeded players having been given direct entry, will be Indians. Among th 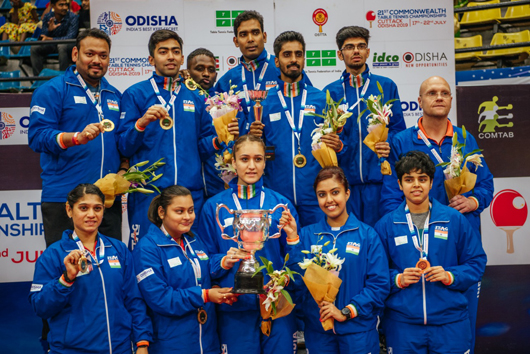 Cuttack, July 19: England tried to change the script, but the Indian men brought in a twist to the tale through birthday boy Harmeet Desai to end the English hopes to lift the Host Association’s Cup, while Indian women played their characters to perfection to script their win for the India Cup in the 21st Commonwealth Table Tennis Championships at the Jawaharlal Nehru Indoor Stadium here today. 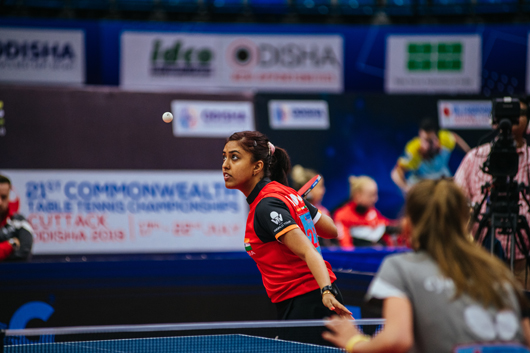 Cuttack, July 18: Indian men and women were the first to book their semifinal slots after winning their Super Eights group matches in the 21st Commonwealth Table Tennis Championships at the Jawaharlal Nehru Indoor Stadium here today.

Though the Indian men have a formality to complete—they play their last match against Wales in group F—their women finished their engagements in group F with emphatic triumphs over Wales (3-0), Malaysia (3-0) an