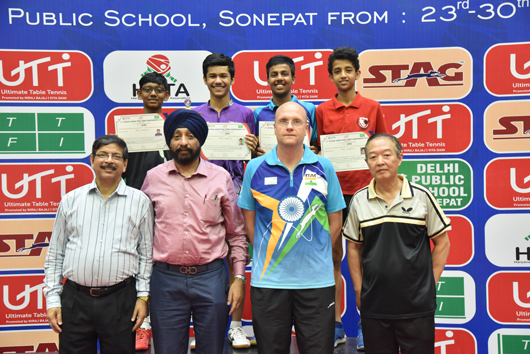 The Sub-Junior Girls crown went the way of Suhana Saini of Haryana as she beat Taneesha Kotecha of Maharashtra 4-1.

Chetri, who had the measure of left- 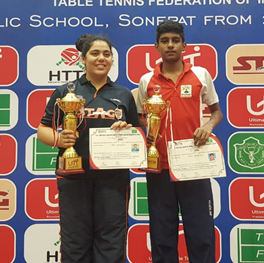 Sonepat, June 28: With the top two seeds having bowed out of the contest, it was a field day for fifth-seeded Vishwa Deenadayalan of Tamil Nadu who claimed the Junior Boys title in a tough final when he beat Jeho Himnakulhpuingheta of Mizoram 4-3 in the UTT National Ranking Table Tennis Championships (North Zone) at the DPS Hall here today. 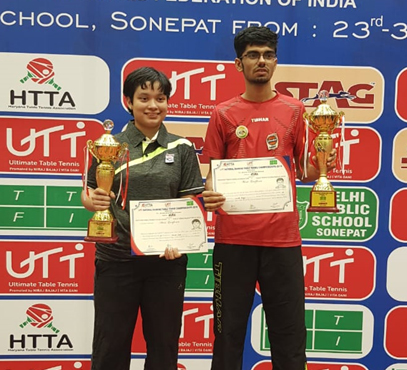 Sonepat, June 28: Top-seeded in two events, Manav Thakkar made amends for the title-loss in men singles as he cleaned up Manush Shah with a 4-0 verdict to lift the Youth Boys trophy in the final of the UTT National Ranking Table Tennis Championships (North Zone) at the DPS Hall here today.

In Youth Girls’ final, a shaky Prapti Sen defeated Srushti Haleangadi of Maharashtra 4-2 for the crown.

Until the final, the left-handed 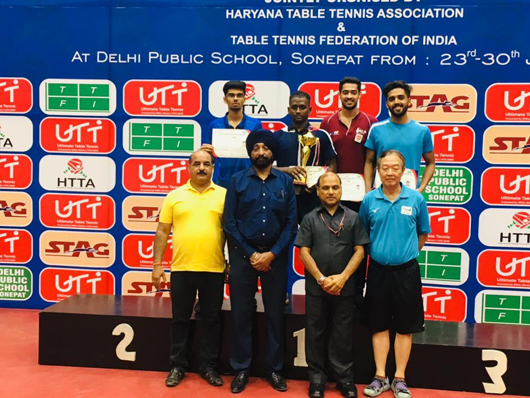 Sonepat, June 27: Akula Sreeja did the unthinkable. Making most of the lack of confidence in her opponent, the Reserve Bank of India girl beat Haryana’s Sutirtha Mukherjee 4-2 in the final of the UTT National Ranking Table Tennis Championships (North Zone) and lift her maiden trophy in women singles final at the DPS Hall here today. 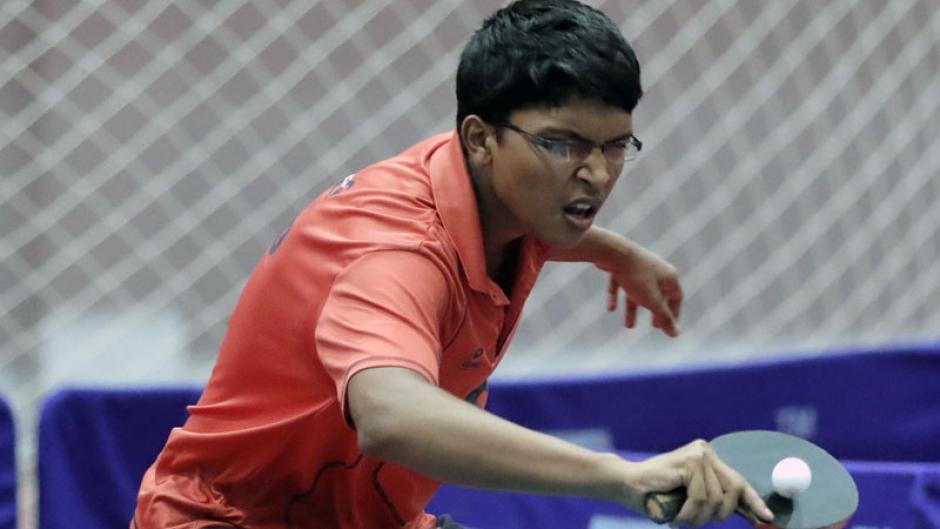 Sonepat, June 26: After the exit of Pooja Sahasrabudhe, seeded No. 5, Krittwika Sinha Roy, No. 7 and the eighth seed Ayhika Mukherjee in the first round of the women singles main draw yesterday evening, sixth seeded Divya Deshpande joined the procession in the UTTNational Ranking (North Zone) Table Tennis Championships at the DPS School here on today.

Divya lost to Sreeja Akula of RBI 3-4, after putting up a good fight. The RBI player, do