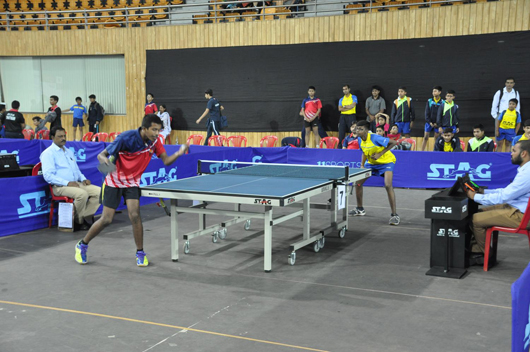 The Cadet Boys of top-seeded Tamil Nadu and second-seeded Karnataka may have an easy pre-quarterfinal outing but they will have to overcome the quarterfinal hurdle of Maharashtra A and West Bengal if they nurture any ambition of progressing further in the 11Sports 79th Cadet and Sub-Junior Nationals at the SP Mukherjee Stadium here today.

Tamil Nadu will first meet Uttarakhand while Karnataka will take on Maharashtra B in the pre-quarterfinals.  Once they win their

Odisha let Andhra off hook; TN, Delhi have it easy

Goa, December 14: The top four teams in each section, more or less, ensured a place for themselves in the knock-out stage with easy wins over their group rivals in the 11Sports 79th Cadet and Sub-Junior National Table Tennis Championships at the SP Mukherjee Indoor Stadium here today.

With just one round to go, reigning champions Tamil Nadu and Karnataka in both Sub-Junior Boys and Cadet Boys defeated their rivals 3-0, respectively, while

1st round to Kerala's Smrithi! 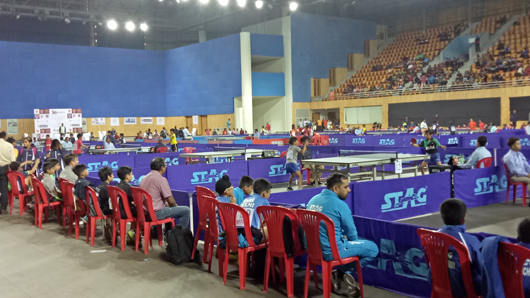 Most first round matches in the 11Sports 79th Cadet and Sub-Junior Nationals’ Cadet Girls went along the expected lines with favourite teams winning either 3-0 or 3-1 in the morning session. However, there was one exception.

The Round 1 match between Kerala and Gujarat was not only stretched full, but saw as many as 24 games being played to decider the winner. Kerala, deservingly, won 3-2 with Smrithi Krishna doing the star turn for the southern coastal state

The 11Sports 79th Cadet and Sub-Junior Nationals got underway soon after the formal inauguration of the event at the beautiful SP Mukherjee Stadium when state Minister for Town and Country Planning, Vijay Sardesai, did the honours.

The inauguration also marked march-past by all participating teams, coaches and managers with several dignitaries, including president of Goa Table Tennis Association, Vero Nunes, and other officials of GTTA present on the dais.  It was 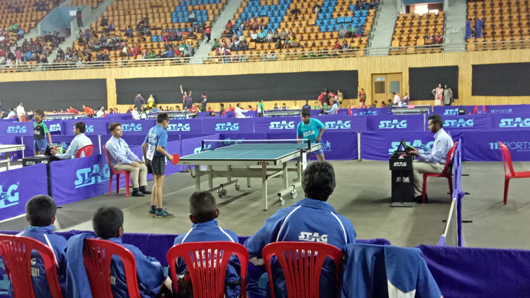 Goa, December 13: Preyesh Raj Suresh, who suffered the Cadet Boys singles title loss in the last edition, would be itching to make amends when the 11Sports 79th Cadet and Sub-Junior National Table Tennis Championships which begin at the SP Mukherjee Indoor Stadium here from tomorrow.

The boy from Tamil Nadu had done everything right until Siliguri, winning all five zonal titles an