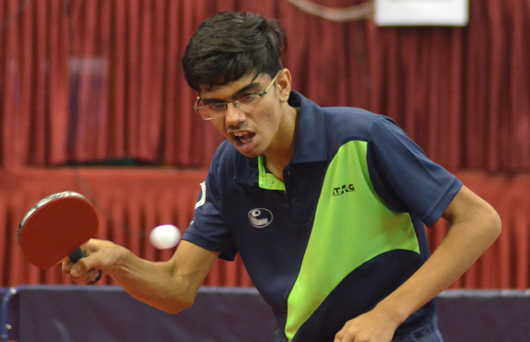 Indore, January 27: With the last medal hope Manav Thakkar fading away in the brightly-lit Abhay Prashal as he went down to the rampaging Hsin-Yang Li of Taipei 2-4, it brought the curtains down on the Indian campaign in the 2016 ITTF World Junior Circuit Finals here today.

Fractions play make and break games with Ronit and Archana 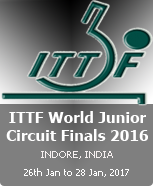 Indore, January 27: Fractions are a very important part of math and match. This is what the two Indians, first Archana Girish Kamath and then Ronit Bhanja, must have learnt the hard way from third round matches on the penultimate day of the 2016 ITTF World Junior Circuit Finals at the Abhay Prashal here today.

Archana and Ronit were sitting pretty with two wins each yesterday with the third round match to be played today. But when Archana lost 0-4 (7-11

Archana, Ronit give no quarters, take it 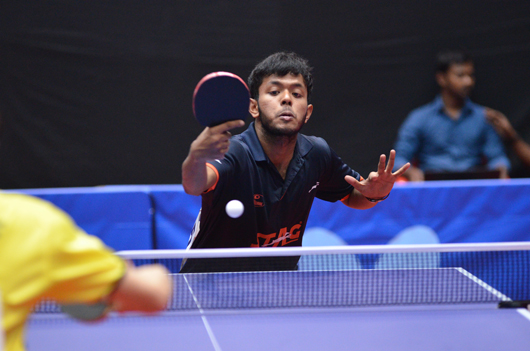 Indore, January 26: Eight seed Archana Girish Kamath and 13th seeded Ronit Bhanja sealed their quarterfinal berths in the 2016 ITTF World Junior Circuit Finals at the Abhay Prashal here today. But Manav Thakkar will have to wait until tomorrow to know his fate as top-seeded Slovenian Darko Jorgic subdued the Indian while Selenadeepthi Selvakumar bowed out without a fight. 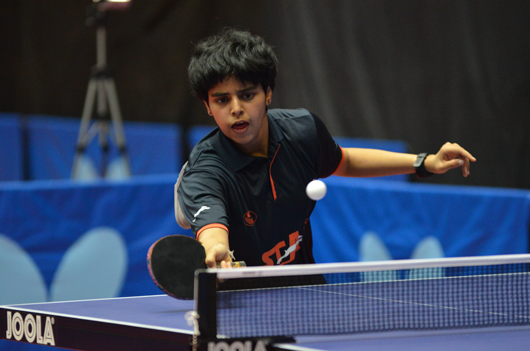 Indore, January 26: Manaav Thakkar, Ronit Bhanja and Archana Girish Kamath took their first baby step forward even as Seleenadeepthi Selvakumar, the fourth Indian in fray, faltered in the first round of their group matches in the 2016 ITTF World Junior Circuit Finals at the Abhay Prashal here today.

The players from Hong Kong and Japan, most likely finalists in both sections, made inroads even as the Romanians continued their winnings ways to pose some 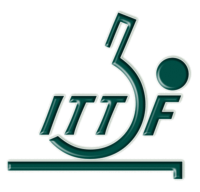 Indore, January 25: The 16 boys and 16 girls, representing their country from six continents—Africa, Asia, Europe, Latin America, North America and Oceania—in the 2016 ITTF World Junior Circuit Finals, are, indeed, the champion material in the making. And before coming here, the 32 paddlers had showed their prowess in adequate measure, winning a few titles from among the 30 tournaments. However, the three-day finals getting underway from  Read More....