Manesar (Haryana), February 5: Manesar has done it again. It not only added another first-time champion in Madhurika Patkar but also returned A. Sharath Kamal with his seventh national crown in the 78th 11Even Sports Senior Nationals at the Manesar Sports Club here today.

Sharath had won his maiden title at Manesar nationals 13 years ago when Haryana had hosted the event in 2003. A visibly tired Sharath beat an equally weary Soumyajit Ghosh 4-2 and Madh 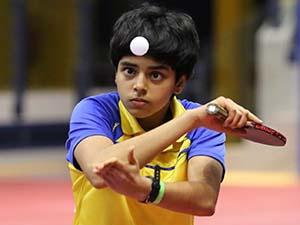 Manesar (Haryana), February 4: Jubin Kumar of Haryana, seeded seventh, bowed out to Gujarat’s Devesh Karia in the pre-quarterfinals while and eighth seeded Manav Thakkar went out a round earlier in the men singles of the 78th 11Even Sports Senior Nationals was released at the Manesar Sports Club here today. 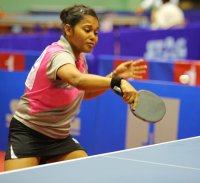 Manesar (Haryana), February 4: A. Sharath Kamal entered the pre-quarterfinals of the men singles event in the ongoing 78th 11Even Sports Senior Nationals was released at the Manesar Sports Club here today.

The Indian Oil player, who is top-seeded here, went through the motions in the first two rounds, beating his opponents rather easily. At least in the first round against Raja Kundu of North Bengal he played four games but in the second he was leading

Sharath returns to where he belongs 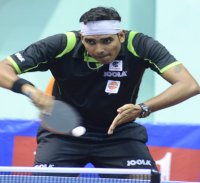 Manesar (Haryana), February 3: A. Sharath Kamal, for the first time in four years, has regained his top position when the singles seeding list in the ongoing 78th 11Even Sports Senior Nationals was released at the Manesar Sports Club here today.

This follows a resolution moved by the technical committee which wanted the players figuring in the top 100 bracket of the world ranking getting some security and motivation, besides adding the glamour quotient 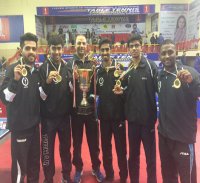 Manesar (Haryana), February 2: Petroleum Sports Promotion Board (PSPB) huffed and puffed their way to retain the Barna Ballack Cup for the 19th occasion beating Haryana 3-2 in the final of the 78th 11Even Sports Senior Nationals at the Manesar Sports Club here today.

The win was crucial for their men team that played without A. Sharath Kamal in it and especially after losing their hold on the Jayalakshmi Cup which went the way of West Bengal who defeate