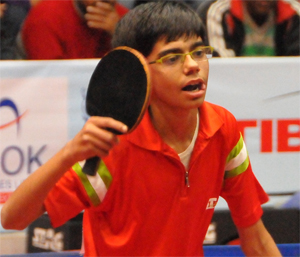 Agra, November 6: A consistent Manav Thakkar of the Petroleum Sports Promotion Board Academy (PSPBA) got the lion’s share yet again, winning a third title in the Sub-Juniors Boys section of the LIC National Ranking (North Zone) Table Tennis Championships at the Eklavya Indoor Stadium here today.

On Thursday, Manav was in red hot form beating his known opponent Jeet Chandra from West Bengal 4-1 i 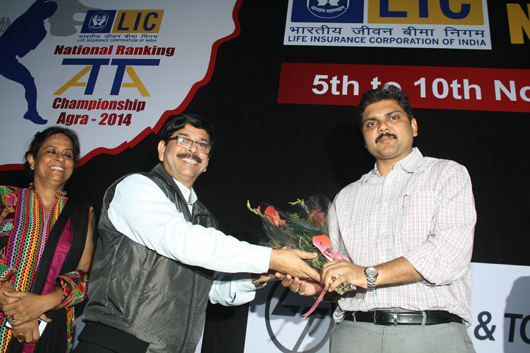 Agra, November 5: PSPB Academy’s Manav Thakkar, the winner of the East Zone championships at Durgapur, is seeded No. 1 in the Sub-Junior Boys section of the LIC National Ranking (North Zone) Table Tennis Championships at the Eklavya Indoor Stadium here today.

The other seeded players include Jeet Chandra, the runner-up at Durgapur, Manush Shah of Gujarat and Sarthak Seth of UP, both of whom had entered the semifinals at the zonal, are seeded behin


Agra, November 4: The LIC National Ranking (North Zone) Table Tennis Championships, getting underway here at the Ekalaiva Indoor Stadium from tomorrow, is the last such opportunity for all paddlers, including those on the fringe, to get one more look-in by respective state selection committees before first of the nationals, beginning at Alleppey three weeks from now.

After having participated in earlier zonal events-Central, West and East-the table tenn 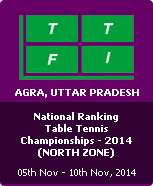